Armies On Parade and What-Khan

So yesterday my Girlfriend and myself took part in our local GW's Armies On Parade event.

I have always shunned GW stores in the past but the new Manager who has been there for almost a year now is a really great guy and so we have been going to his store more often.

It is a great excuse for us to get things done.

Setting a deadline is basically the only way for me to do hobby progress, that and a day of the week set aside for it, which we have also been doing recently.

I don't understand why the new name is What-Khan but if its like the Rock-Con's of old then I don't care.

Anyways I took pictures from Armies On Parade and here they are: 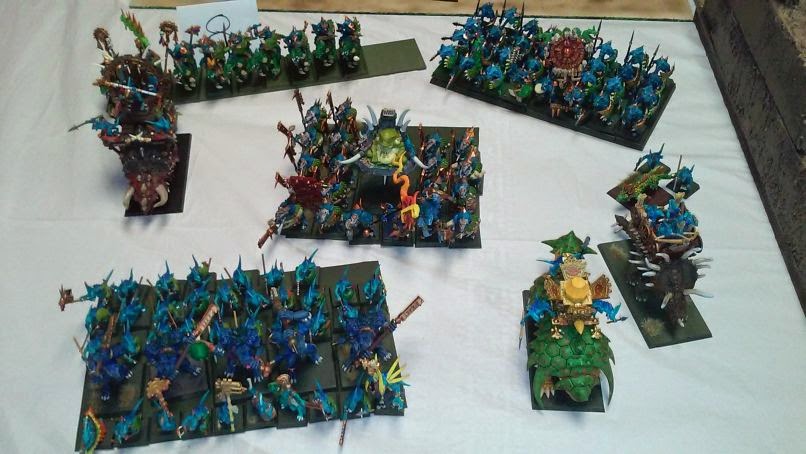 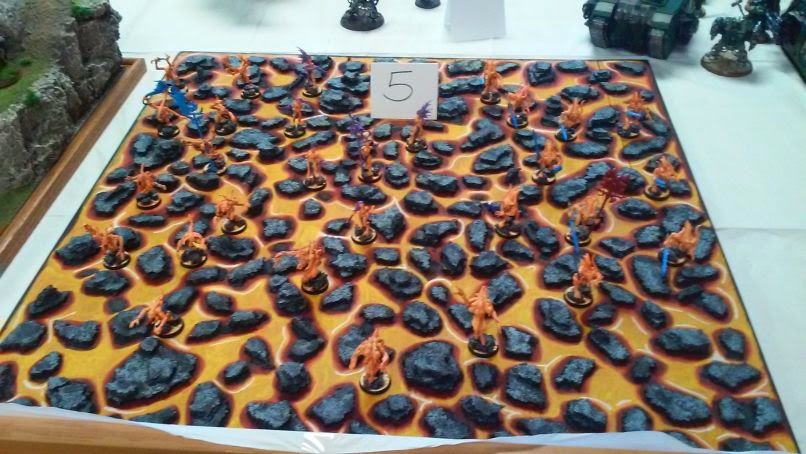 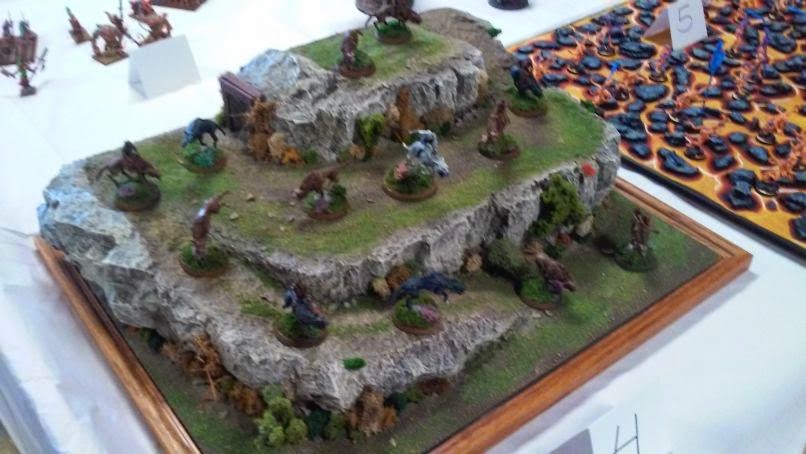 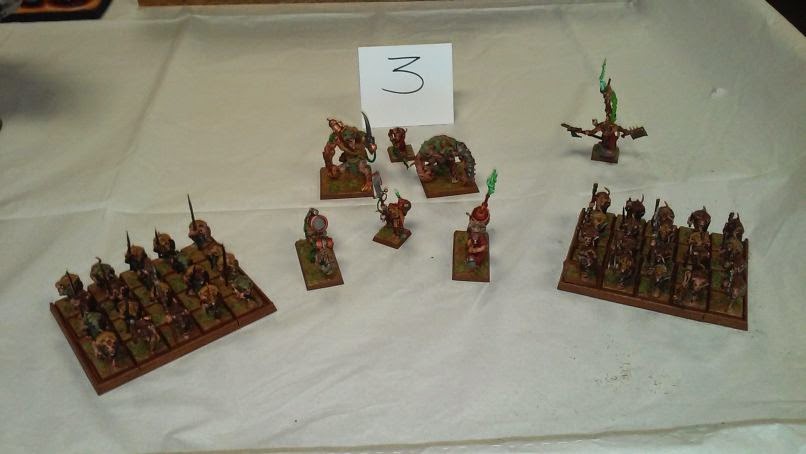 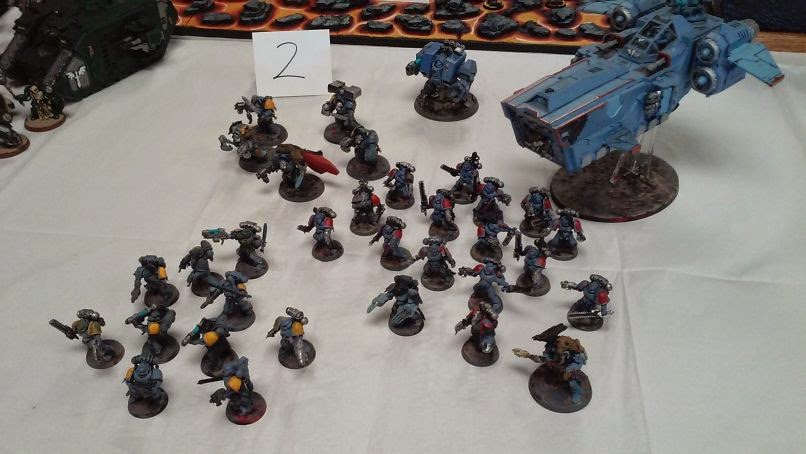 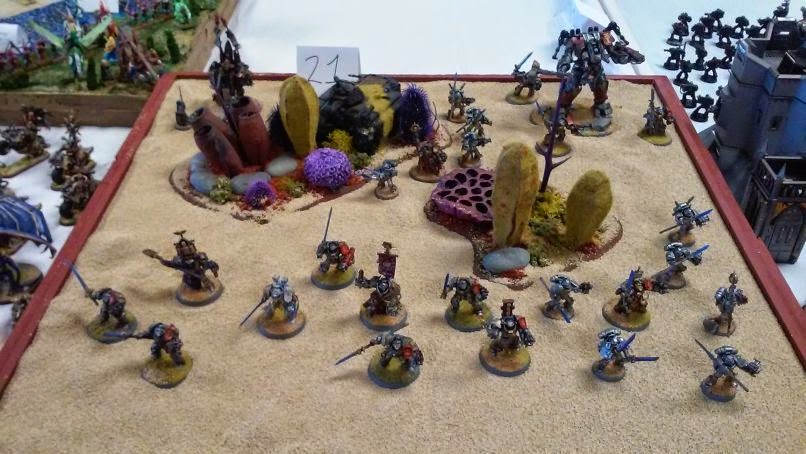 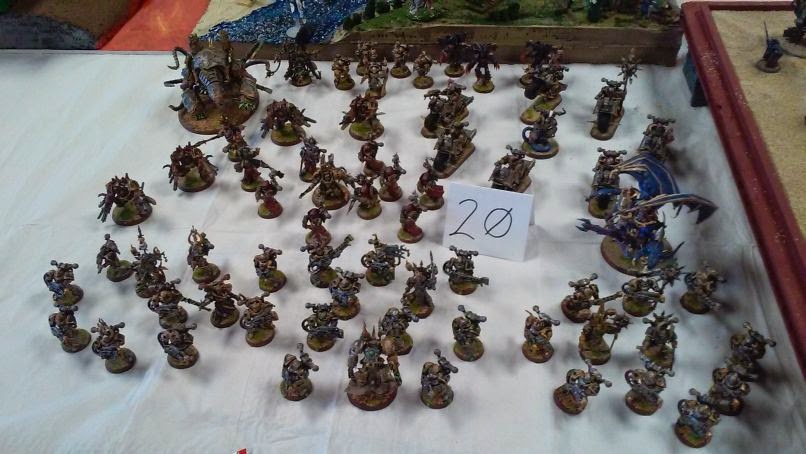 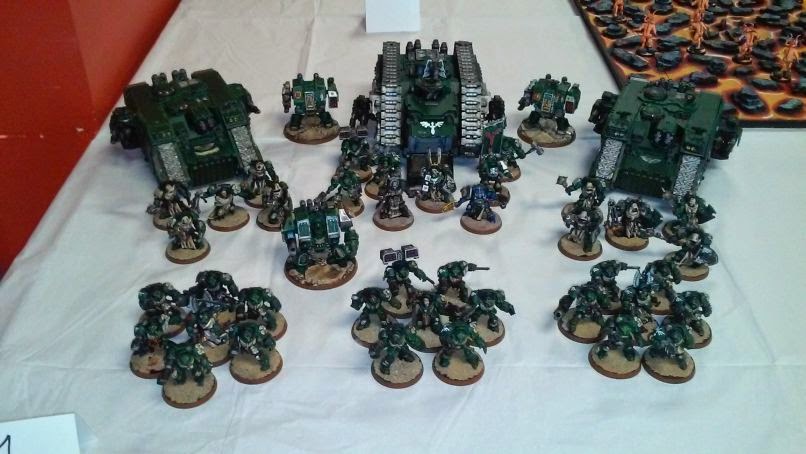 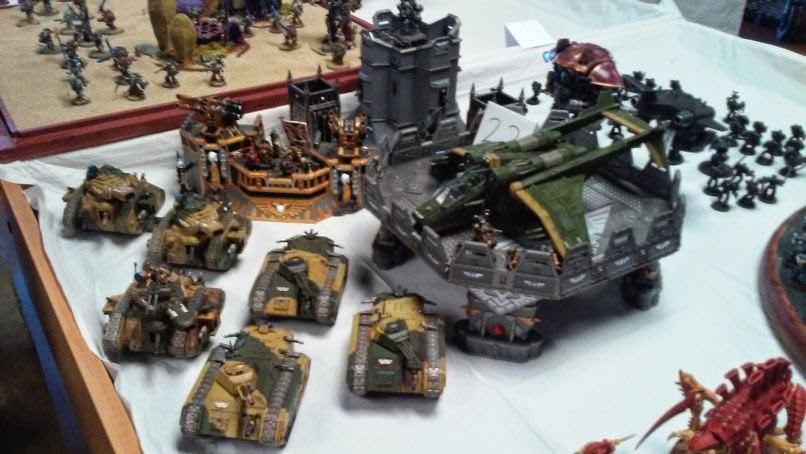 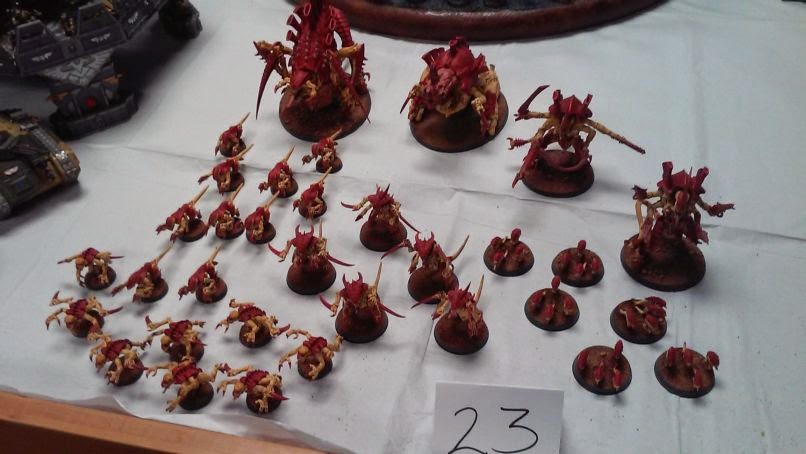 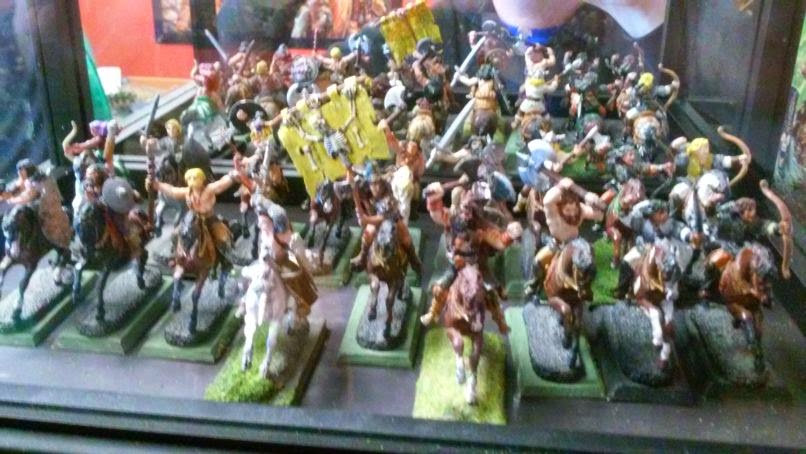 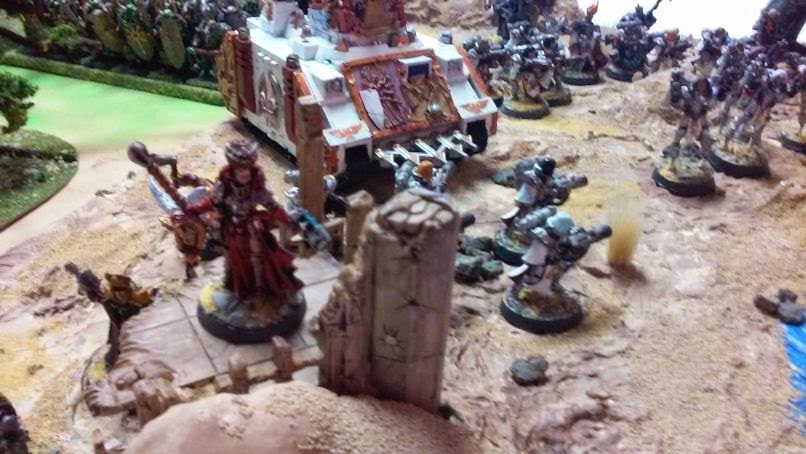 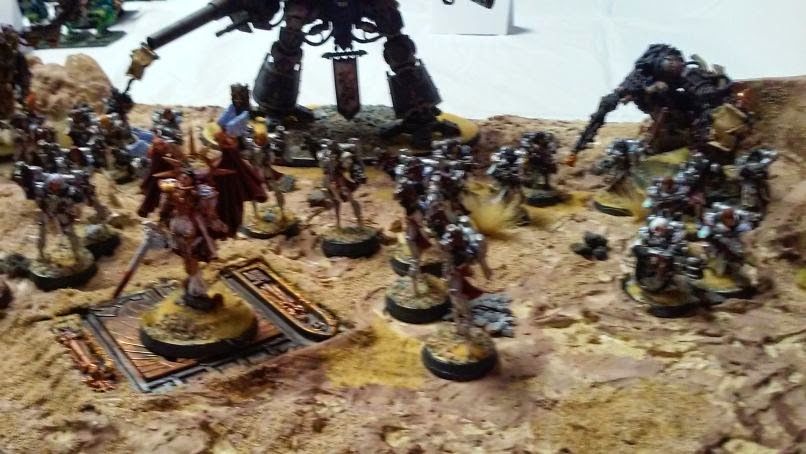 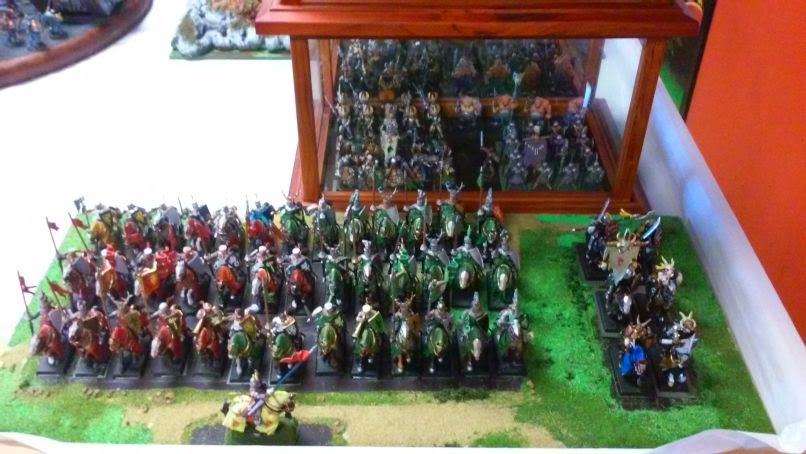 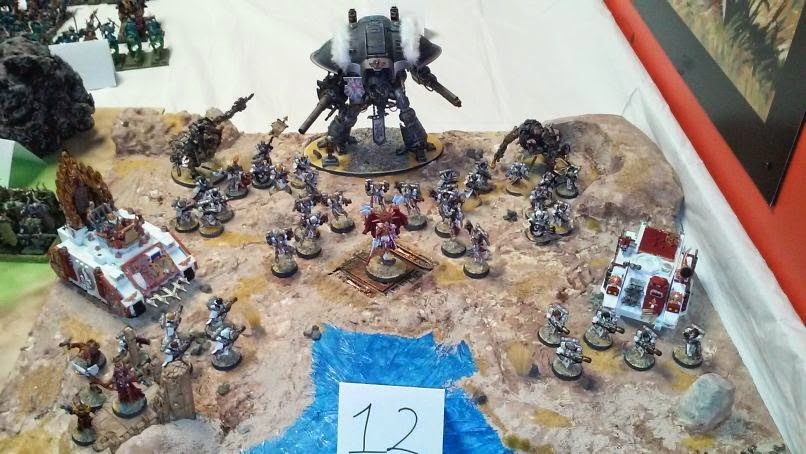 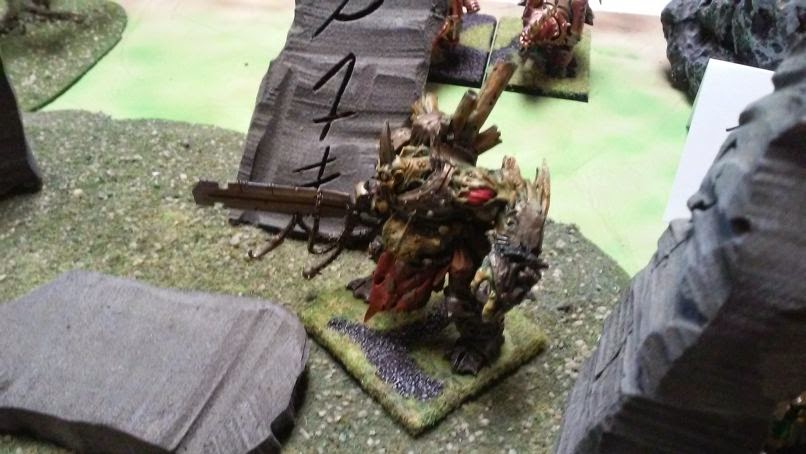 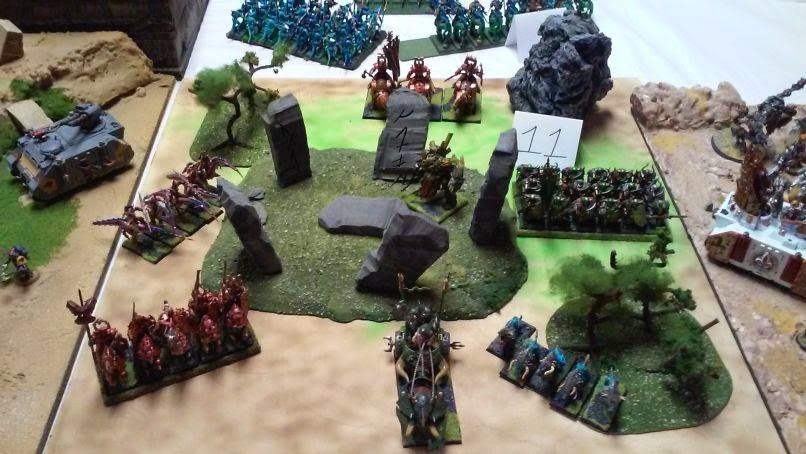 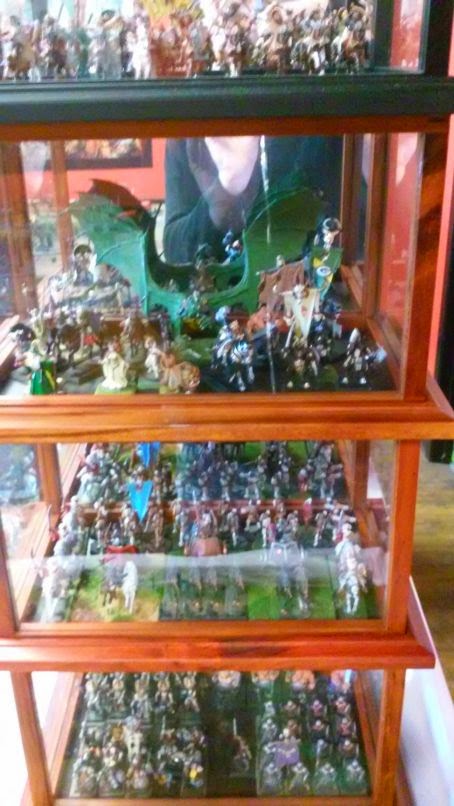 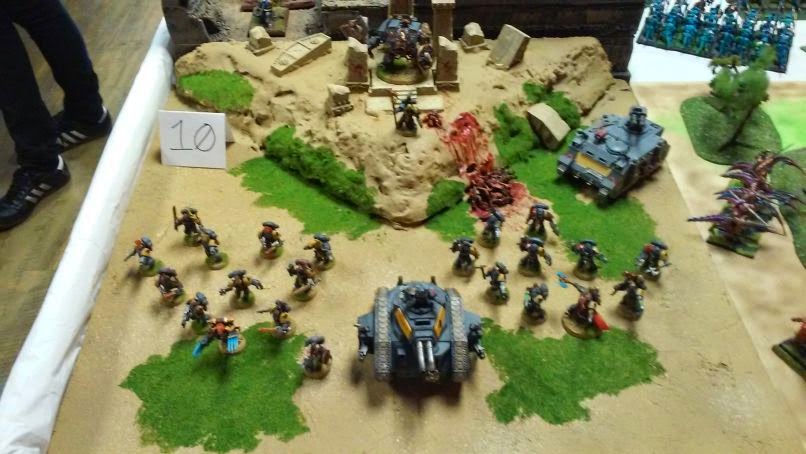 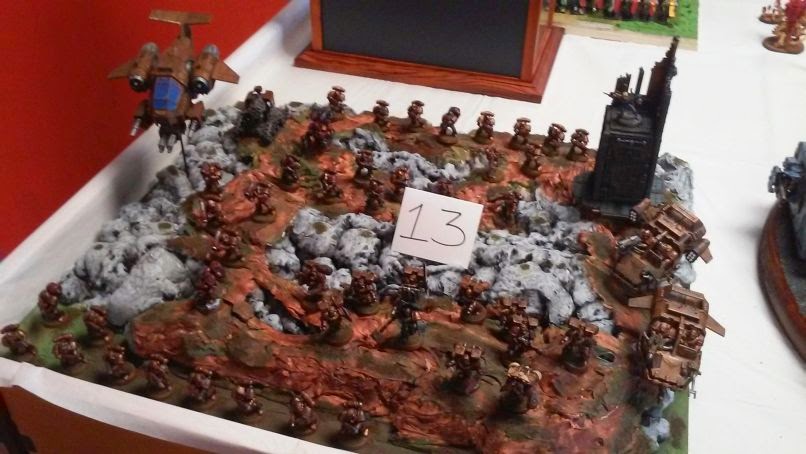 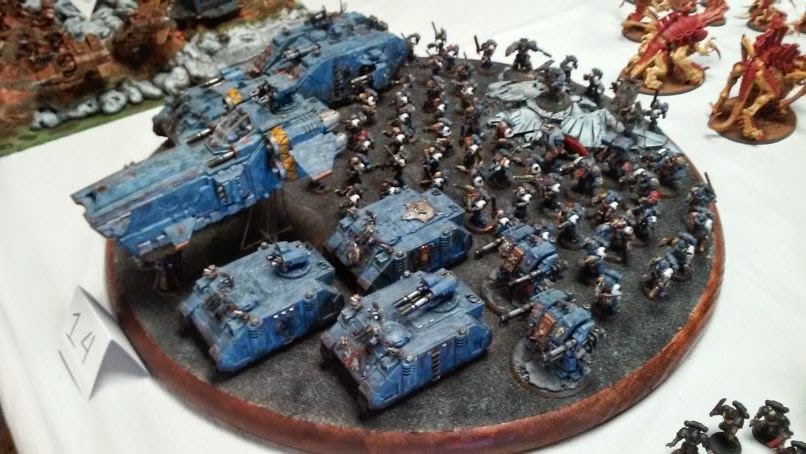 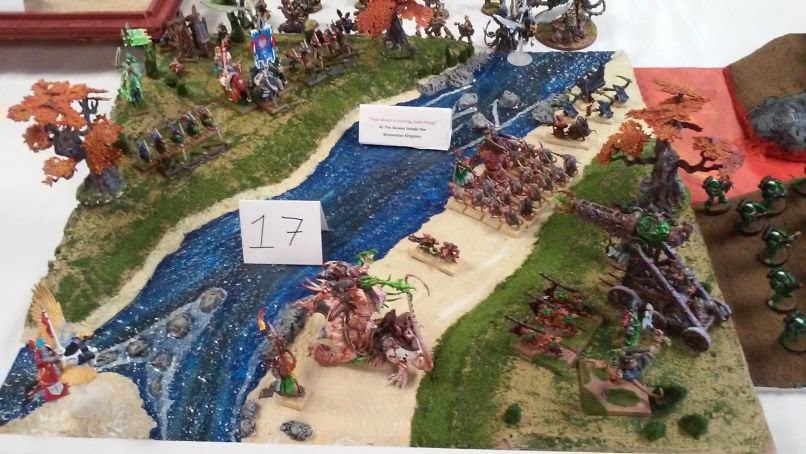 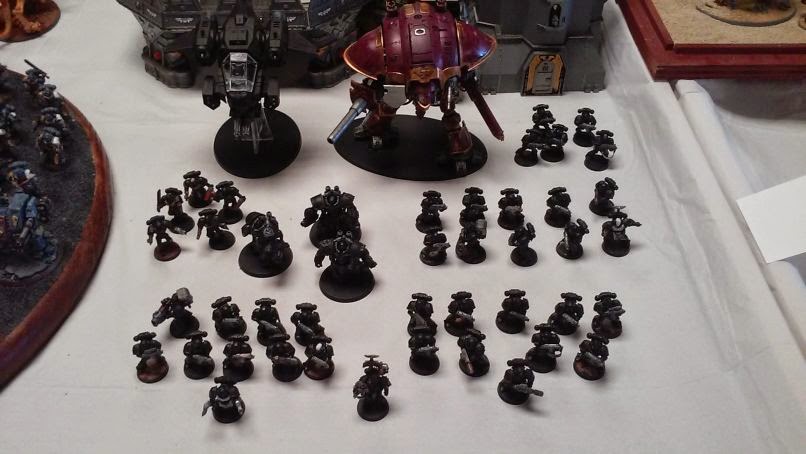 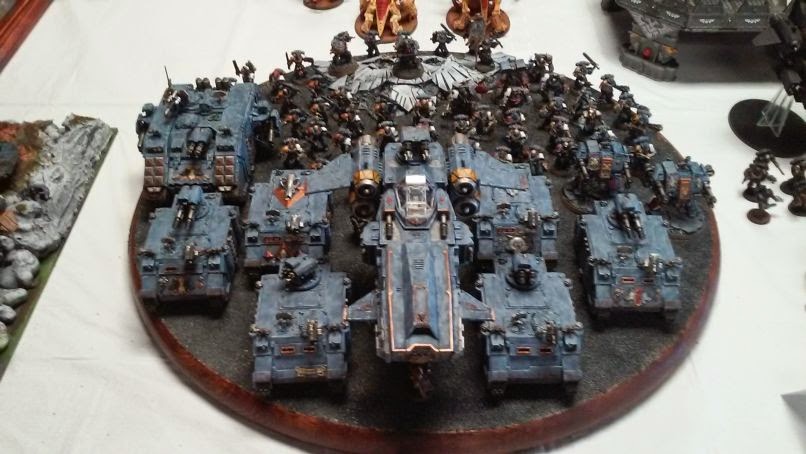 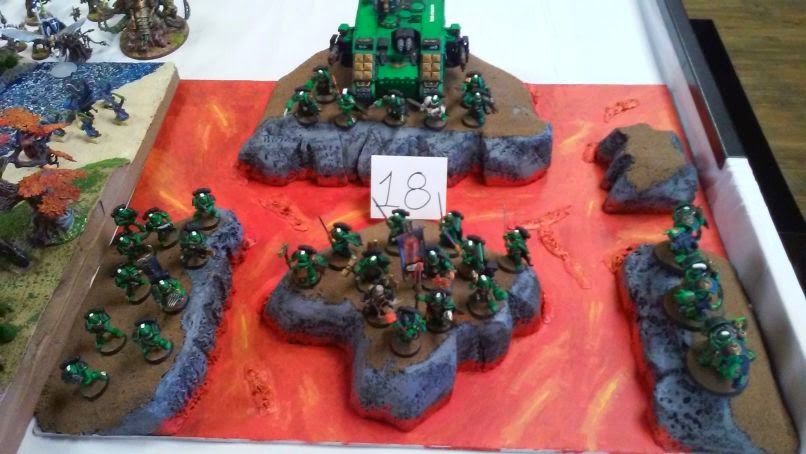 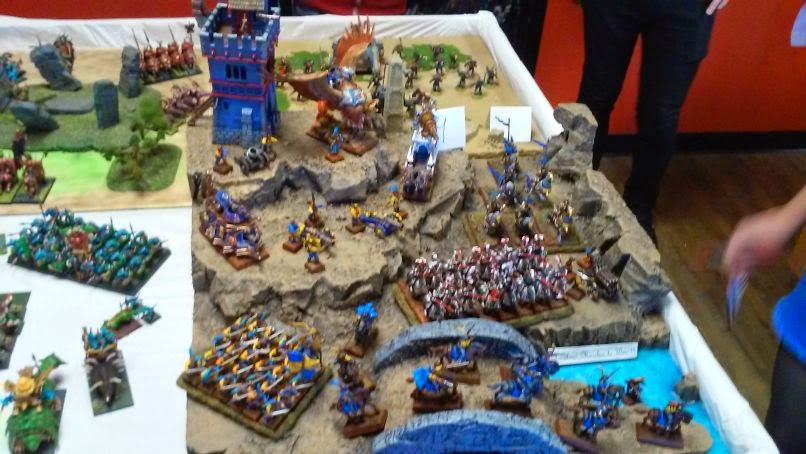 Next time I will do an update on hobby progress.

Until next time...
Posted by Warsmith Morgoth at 7:21 PM 5 comments:

Things I have been working on

So my girlfriend and I have decided to enter the Armies on Parade contest at the local GW.

We have been going there recently because of the great manager and we decided to enter this contest where you bring in your fully-painted army and they get judged for painting and there are medals given out for first second and third place.

Neither my girlfriend nor I are under the illusion that we are amazing painters but we thought it would be a good chance to get some hobby progress done.  Its always difficult to get things done if you don't have a deadline so this worked perfectly.

The deadline is October 25th.  We will bring in our armies and they will be judged that day.

I have decided after much consideration to work on my Minotaur Space Marines. 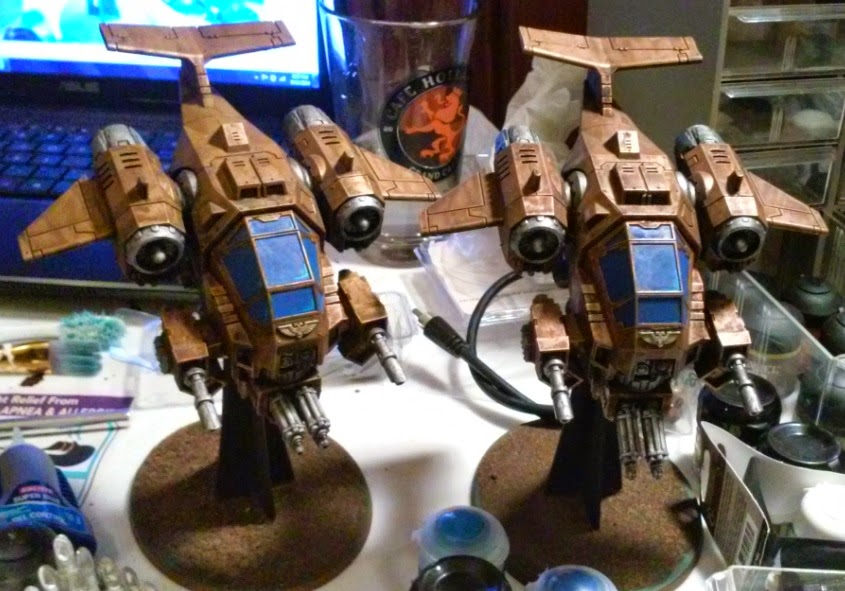 Here is a squad of Assault Marines I have finished as well. 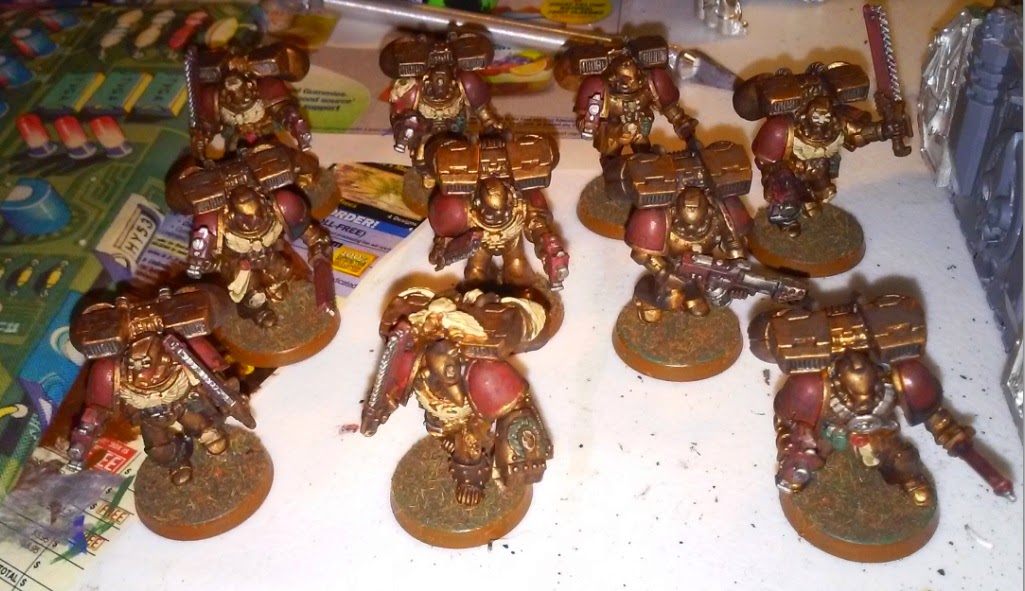 Here is a terminator squad made up of the Space Hulk Terminators.  I have just begun painting them. 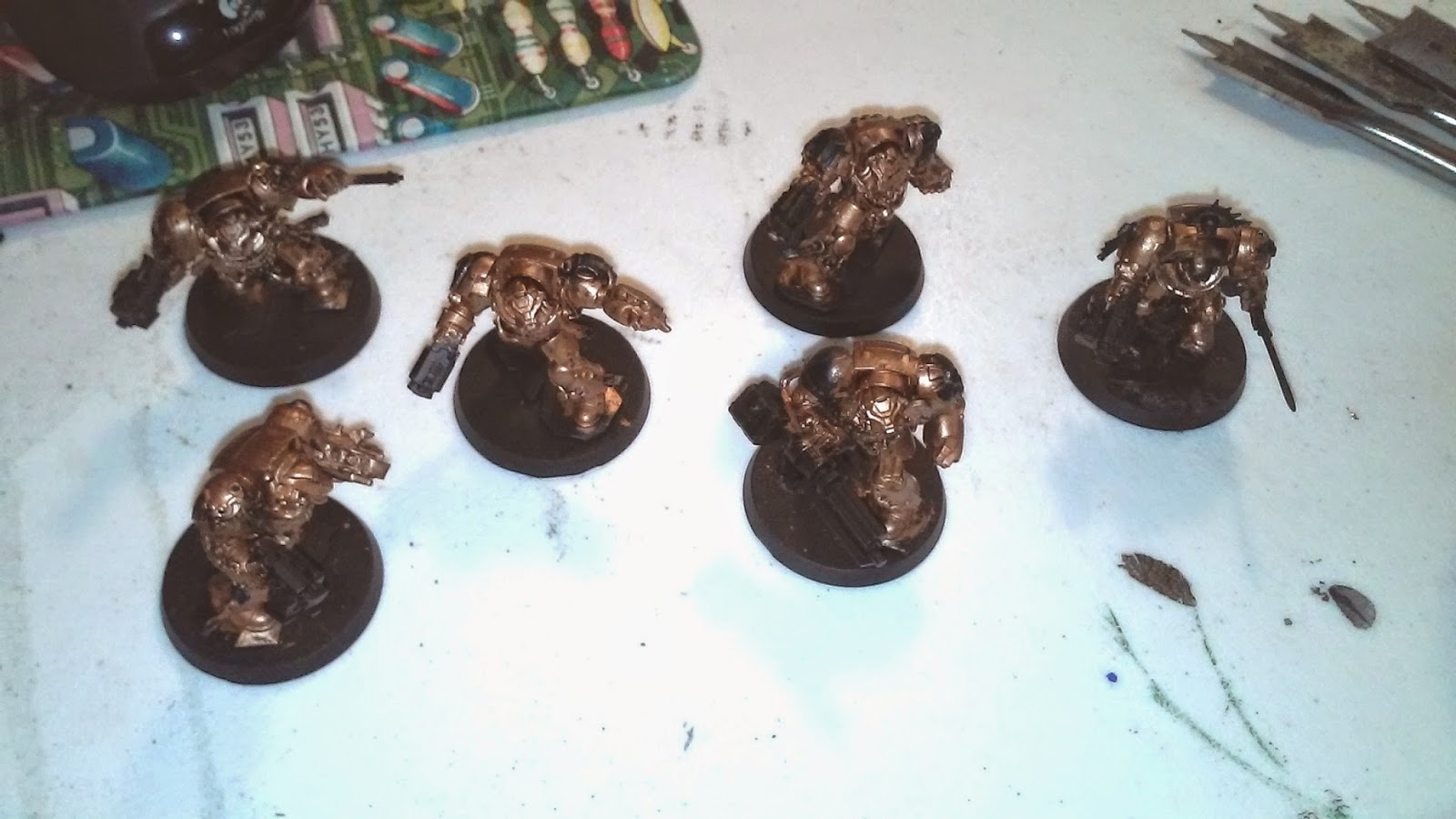 Also I thought I should make a display board.  I started with an almost 2' by 2' board and used Great Stuff spray foam and Spackle to build it up.

I think so far so good: 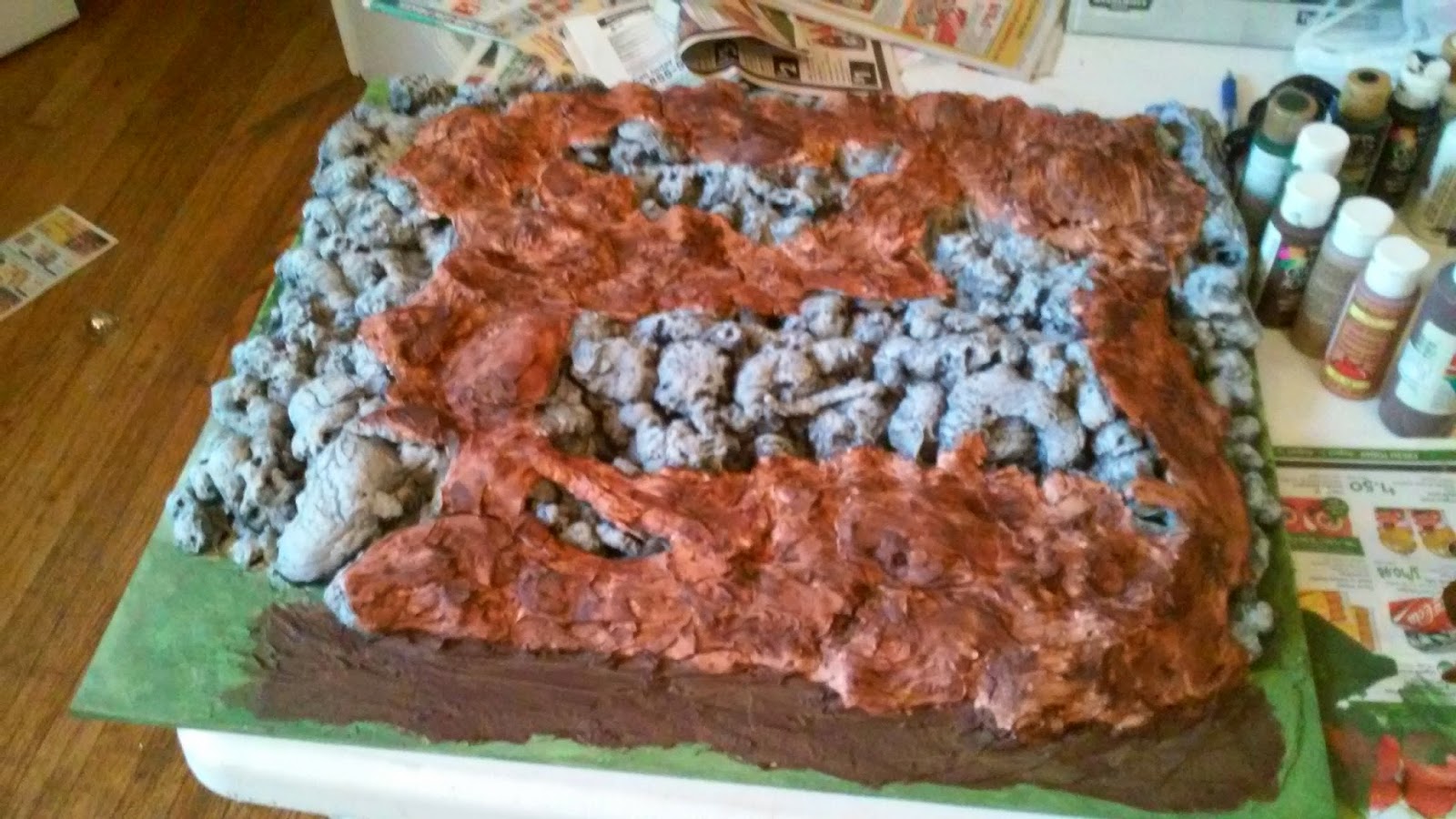 Its unfortunate how long its been since I posted and I wanted to post some bat reps but I never got around to it.

Hopefully I will be posting more soon.